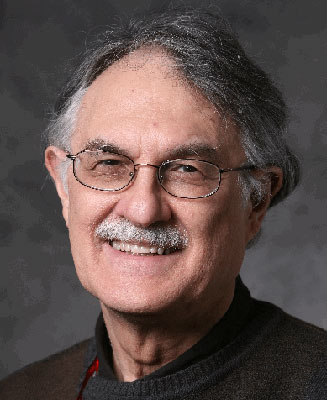 Department of Chemical and Biological Engineering

2D computational fluid and particle drag mechanics are combined with particle and membrane force measurements in ionic solutions, modeled by the DLVO theory, to study particle intrusion and capture in microporous polymer and teardrop membranes. In silico predictions for a commercial membrane qualitatively agree with experimental filtration measurements using scanning electron microscopy with particle tracking via energy dispersive X-ray spectroscopy.  Several dominant inhomogeneous 2D flow conduits with large unused regions of the internal pore structure are discovered.  Computer-generated microporous teardrop structures that can equalize the flow field, adjust the tortuosity of the flow path and vary the reactivity of the surface are simulated.  To our knowledge, this is the first attempt combining particle drag mechanics with intermolecular force measurements to help explain particle dynamics in synthetic membranes.  This computational fluid mechanics-based tool can be used to characterize membranes for separation performance and may guide improved design, synthesis and testing of new microporous membranes.

(NAE) is Institute Professor and member of the Howard P. Isermann Department of Chemical and Biological Engineering and the Center for Biotechnology and Interdisciplinary Studies of Rensselaer Polytechnic Institute (RPI). Earlier, he was on the faculty of the Hebrew University of Jerusalem, Israel. Dr. Belfort has also proposed and published a new mechanism of Alzheimer disease, has developed surfaces that maximize stem-cell expansion and that enable retinal pigment epithelium cells to grow on cobblestone surfaces, and, with Dr. Marlene Belfort, Distinguished Professor at UAlbany, has offered a new approach to treatment for tuberculosis. His major awards include the 1995 American Chemical Society (ACS) Award in Separations Science and Technology, the 2000 American Institute of Chemical Engineers (AIChE) Separations Division’s Clarence G. Gerhold Award in Separations Science and Technology, the 2008 ACS E. V. Murphree Award in Industrial and Engineering Chemistry, the 2011 ACS Division of Biochemical Technology’s Alan S. Michaels Award in the Recovery of Biological Products, the 2014 North American Membrane Society (NAMS) Alan S. Michaels Award for Innovation in Membrane Science and Technology, and the 2017 AIChE Food, Pharmaceutical, and Bioengineering Division’s Distinguished Service Award in Chemical Engineering. He was also honored with a research and best teacher award from RPI. Dr. Belfort is a member of the American Institute of Medical and Biological Engineers; is a co-founder, ex-president, and member of NAMS since 2005; was elected to the National Academy of Engineering in 2003; is a foreign member of the Bologna Academy of Science, Italy, since 2012; is a fellow of AIChE since 2013; and is chair of the board of the Society for Biological Engineering since 2015. His h-index is 66, and his 244 peer-reviewed archival research publications have garnered 15,487 citations. He completed his BS (1963) in chemical engineering at the University of Cape Town, South Africa, and his MS and PhD degrees (1969 and 1972, respectively) in engineering at the University of California, Irvine.

Professor Belfort’s research and teaching interests are primarily in the field of separations, particularly in liquid membrane filtration science and technology. His major contributions include fluid mechanics across, transport through, and surface modification of polymeric membranes.