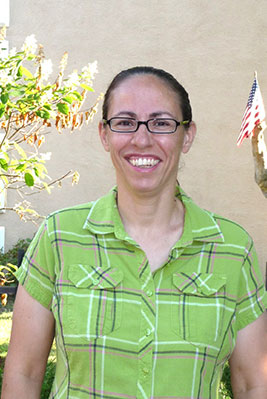 Growth and Dispersion of a Phase-Separated Inclusion of Unfolded Protein

All major neurodegenerative disorders are characterized by the accumulation of large aggregates of unfolded protein, called inclusions, in cells of the nervous system. We consider the dynamics of this process with the goal of elucidating the mechanisms by which unfolded protein inclusions are initiated and material is incorporated into them.

Huntington’s Disease (HD) is the result of mutations in huntingtin protein (mHtt) that cause it to become unstable, leading to unfolding and aggregation. We study this process using a fusion of mHtt with the fluorescent protein GFP; this protein fusion allows us to image both large inclusions and smaller aggregative particles of unfolded mHtt in living cells. The mHtt inclusion in yeast is a mobile, gel-like compartment that releases mHtt.

My work has focused on cellular processes in neurons. My main research interests focus on identifying and characterizing factors that influence the formation of unfolded protein aggregates, using the Huntingtin protein expressed in S. cerevisiae as a model system. Unfolded protein aggregates are believed to be the fundamental cause of neurodegenerative diseases such as Alzheimer’s, Parkinsons’s and Huntington’s. The techniques that I use to address these questions include genetics, molecular biology, and quantitative fluorescence microscopy.