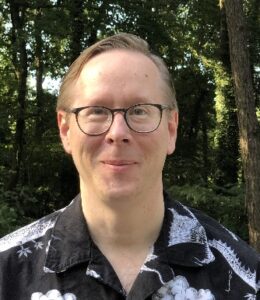 Eric got his undergraduate degree in engineering physics from the University of Illinois at Urbana-Champaign in 1992.  In 1997 he earned his PhD in physics from the University of Texas at Austin working with Harry Swinney.  He was a postdoctoral researcher with David Weitz at the University of Pennsylvania and later at Harvard University.  In January 2001 he joined the faculty at Emory University, where he is now a Dobbs Professor of Physics and also Associate Vice Provost for Faculty Affairs.
MOST RECENT RESEARCH INTERESTS:
Colloids, granular materials, emulsions, foams.  In particular, recently I’m studying random close packing; clogging of soft particles; the colloidal glass transition; and colloidal gels.