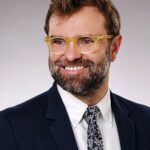 “Building with Fluids: a Lazy Approach to Fabrication”

In nature, organized arrays of elements arise spontaneously from the interactions between their component parts, e.g. reaction-diffusion problems, clustering colloidal particles and granular media, wrinkling surfaces, propagating cracks and flowing liquids. In the wake of biomimicry, I will discuss several strategies aiming to harness mechanical instabilities in flowing liquids, e.g. coiling, droplet formation, digitation, drainage, capillary suction, and use the regular shapes and universally self-organized patterns they naturally produce as templates for materials design. These flows are “frozen” as the liquids we use solidify into solids, e.g., through curing, cooling or evaporation. The shapes and patterns they form are universal and transcend the traditional divisions between scientific fields or even between living and inert matter. I will show that these similarities result from the mathematical analogies in the rules that govern pattern formation. In turn, I will demonstrate how to compose with these rules to augment our manufacturing capabilities, e.g. in soft robotics.

PT Brun received his bachelor’s degree in Mechanical Engineering from Ecole Polytechnique in 2008 and his Master’s degree in Advanced Chemical Engineering from the University of Cambridge in 2009. He then received his Ph.D. in Mechanical Engineering from Sorbonne University in 2012 for work on the dynamics and instability of viscous and elastic threads. PT was a postdoctoral fellow at  EPFL, specializing in interfacial fluid mechanics and instabilities. In 2014, he joined MIT as an instructor in Applied Mathematics before moving to Princeton, where he has been a faculty in the department of Chemical and Biological Engineering since 2017. PT is the recipient of the 2020 NSF CAREER Award and the 2023 APS Early Career Award in Soft Matter Research. His curiosity-driven research combines experimental investigations and the quantitative modeling of fluid and elastic processes in soft materials. He is best known for his work on interfacial flows and pattern-forming instabilities in the context of solidifying liquids and his studies on elastic rods and morphing materials. While the epicenter of his work is fundamental, his research naturally connects to critical societal challenges, e.g., developing new manufacturing paradigms and facilitating the distribution of soft robots into our daily lives.